WCBS-TV is the flagship station of the CBS Television Network, and is owned and operated by CBS.  It's sister station in NY is WLNY-TV, based in Long Island.  WCBS goes by the on-air name "CBS2" or "CBS2 HD".  The station's website, cbsnewyork.com, offers news, videos, traffic, and weather.
CONNECT WITH WCBS || VIEW THE WCBS PROFILE

WNBC-TV is the flagship station of the NBC Television Network, and is owned and operated by NBC Universal.  The station battles for the number one spot with WABC, but is consistently in second place behind Channel 7.  WNBC goes by the on-air name "News 4 New York."  The station's website, nbcnewyork.com, offers news, videos, and a live stream of newscasts. 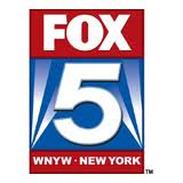 WNYW-TV is the flagship station of the Fox Television Network, and is owned and operated by 21st Century Fox (News Corporation). It's sister station is WWOR-TV in New Jersey.  The station's website, myfoxny.com, offers news, weather, traffic, and a live stream of newscasts.  WNYW goes by the on-air name "Fox 5" or "Fox 5 News." WNYW has the most news in terms of hours of news broadcasts per week out of any station in New York.

WABC-TV is the flagship station of the ABC Television Network, and is owned and operated by Disney-ABC Television.  The station has been number one in New York for over a decade, with it's 6pm newscast drawing more viewers in that timeslot than CNN and MSNBC combined.  WABC is the largest television station in the United States.  The station's website, 7online.com, offers news, videos, weather, and a high definition live stream of newscasts.  WABC goes by the on-air name "Eyewitness News" or "Channel 7 Eyewitness News." 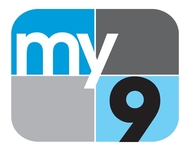 WWOR-TV is a MY TV affiliate, owned and operated by 21st Century Fox (News Corporation).  It is the sister station to WNYW.  In July 2013, WWOR announced that it would cancel it's only news program, The 10 o'clock News.  The 10pm weekday timeslot was filled by a social/political program, Chasing New Jersey.  WWOR received heavy fire for this move, and several politicians have petitioned the FCC to revoke WWOR's license.  The station's website, my9nj.com, provides news, weather, traffic, and videos.
CONNECT WITH WWOR || VIEW THE WWOR PROFILE

WLNY-TV is an independent station, owned and operated by CBS .  It offers an independent selection of syndicated programs and movies, and replays programs from WCBS, such as "Entertainment Tonight" and "Judge Judy."  WLNY has a morning news program, "LIVE from the Couch" and a 9pm news program, "WLNY News at 9."  The station shares a website with WCBS, cbsnewyork.com.
CONNECT WITH WLNY || VIEW THE WLNY PROFILE

WPIX-TV is a CW affiliate, owned and operated by Tribune Broadcasting.  WPIX goes by the on-air name "Pix 11" or "Pix 11 News."  The station's website, pix11.com, offers news, weather, and live streaming video of the newscasts.

CONNECT WITH WPIX || VIEW THE WPIX PROFILE
Powered by